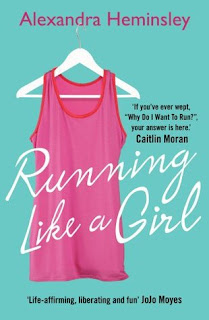 Fun and easy book to read - an autobiography that reads a bit like Bridget Jones decides to run a marathon when she initially cant even jog to the end of her street. By the end of the book, she's running multiple marathons. It's hilarious, but also very inspiring for anyone like me that has just started to become addicted to running. Some of the things she describes I can totally relate to, other things I think haha thankfully I am not/wasn't that bad, which all gives me hope. Also she goes into how running is more of a mental game than just a physical one, which is definitely something I am beginning to realise and love about it :-) I definitely recommend it, but especially if you are a runner or just starting to run.

Posted by HappyHobbit at 1:18 AM No comments: