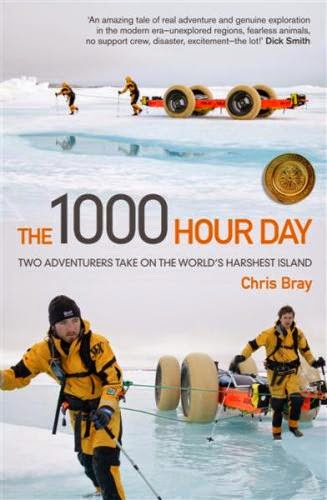 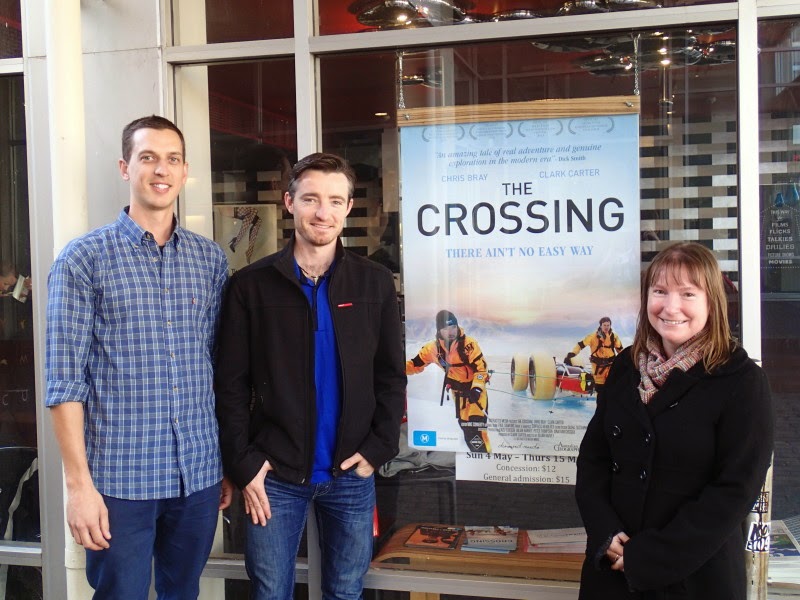 Started reading on 25th May 2014, as part of the Aussie Author Challenge. Disclosure: this review may be *slightly* biased as the book is written by my brother about the amazing arctic adventure he went on with his friend Clark when they became the first people to cross Victoria Island unsupported. I recently saw the film doco version "The Crossing" (based on over 100 hours of film that Chris and Clark filmed themselves - no film crew, no film budget), and decided I would like to re-read the book as it is full of a lot of cool details that were left out of the doco, and lots of people who have seen the film ask me lots of questions so I thought I would refresh my memory.

So, trying to put my biases aside....(difficult I admit), I think this is a really interesting and inspiring debut book by a young Australian author. If you like armchair traveling, if you want to know what is actually and honestly involved in planning and attempting, failing, re-evaluating, persevering and succeeding ultimately in following your dreams, you will enjoy this book. Unlike many adventure stories and documentaries these days (think Bear Grylls) my brother and his friend Clark planned and executed their adventure without film or support crews, and spent over 100 days in the arctic, experiencing wildlife unafraid of humans (polar bears, wolf packs, arctic foxes, musk ox, lemmings....), and overcoming numerous unimaginable challenges along the way, including mechanical failures and unexpected and constantly changing terrain (prior to google earth days).

I know I'm biased, as I lived through this experience with my brother building the wheeled kayaks in our parents garage in Sydney, watching him planning and executing the whole adventure and following online with his satellite updates. But I think his writing style is easy to read, as if he is there in person telling you what happened, not hiding the bad/depressing moments, or the highs/excitement of being the first people to walk unsupported across the 9th largest island in the world. It is a raw, honest, interesting glimpse into the mind of an adventurer and explorer in the modern age. I found it fascinating and inspiring. I hope more people pick this book up, as I don't think anyone with a bit of adventure in their heart will be disappointed by it.

Note if you would like to buy a copy of the book it's available on my brother's website:  http://www.1000hourday.com/

It's also available on kindle.

Some short video links you may enjoy:

Posted by HappyHobbit at 12:30 AM No comments: