"The Secret River" by Kate Grenville 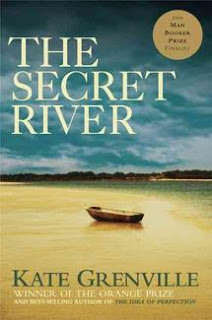 Started reading as part of the Aussie Author Challenge 23rd February 2016, although I kept putting it down as I got drawn in to various non-fiction books that piqued my interest over the last few months. I have also been studying part-time on top of my research job for the last 6 months, and training for my first half marathon so my free time available for personal reading has been quite limited.

"The Secret River" is written by Kate Grenville. I read another of her books "The Lieutenant" back in 2014, which was also set in Sydney during the early colonisation/invasian by the British. The writing style was similar in both, and Kate is great at bringing the Australian bush landscape to life. Having spent some of my childhood growing up in and around Pittwater in Sydney, a lot of her descriptions of the places and the scenery were really evocative. For example: "A blunt headland, the shape of a hammer, rose up to port. To starboard a lion of a rock reared up, baring its stone breast out to the sea and the unending winds." For someone who has sailed past Barrenjoey headland and into Pittwater, this description instantly pinpoints the location without needing to give any place names.

"The Secret River" tells the story of William Thornhill (convicted of being a thief) who is sent from London to the British Penal colony along with his wife, Sal, and first son. The family continues to grow, and a short time passes before Thornhill is able to apply for his Ticket of Leave. He and Sal work hard, realising that they have a second chance in life to make a go of it, although their end goals they are working towards are somewhat different. Sal dreams of making enough money that they can return to London and live a good life with their (now 5) children, while Thornhill has fallen in love with the idea of owning a bit of land in the Hawksbury, setting up his own little property, farming it and also transporting goods by boat between Sydney and the other small properties and settlements in the area. Eventually Thornhill persuades Sal to move with the kids to an 'uninhabited' stretch of bush land and to give it 5 years to make it work. They set to work building a little hut and sowing a crop of corn. Of course the area is not really uninhabited, the original people who lived in the area, the Darug people, still come and go, camping, hunting and gathering as they probably have for many generations. The rest of the book mainly describes the tensions and interactions between the local Aboriginal people and the new settlers, Thornhill and his family and also other rag-tag characters who have set up their own properties in the surrounding areas. This is where I stopped really enjoying the book, as unlike in "The Lieutenant" almost all of the attitudes and actions of many of the characters are upsetting and sometimes disturbing, probably made worse by the feeling that more than a little bit is based on facts and reflective of the general attitudes of the British settlers towards to Aboriginal people. There are a few good characters such as Blackwood, a reclusive settler who takes an Aboriginal wife, and Dick, one of Thornhill's sons who spends a lot of time playing and hanging out with one of the Aboriginal family groups, but mostly it's pretty awful.

A lot of the book made me cringe at the lack of empathy and understanding of the white settlers towards the Aboriginals, how they treated them so horrendously and brutally, and even occasionally when they thought they were interacting in a friendly way, were still so condescending and out of touch.This book is well written, and Kate really does have a knack for capturing human nature, but in this book a lot of what she captured was of the dark and disturbing way humans have of demonising and destroying other humans. It is a powerful book, and I feel like I should read more books about the Aboriginal people and culture that was thriving before the British settlers took over, and what happened in the years after settlement/invasion so I can try to understand better what was often left out of  or glossed over in the Australian history lessons of my childhood. I am quite incredulous that it is 2016 and the Australian Constitution still does not officially recognise the Australian and Torres Strait Islander people who were the original inhabitants of Australia for at least 40,000 years. If you would like to show your support to recognise the original inhabitants of Australia in our constitution, you can show support at the Recognise website. 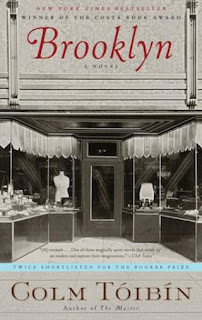 I bought this book second-hand in New York in December at the Housing Works Bookshop & Cafe. I asked the staff if they could recommend some novels set in New York that were better than "Catcher in the Rye" which I had not enjoyed at all. One of the books they recommended to me was "Brooklyn" by Colm Toibin - apparently it is also being made into a movie coming out soon, so I thought I would read it now before I go to see the film at the cinema.

Posted by HappyHobbit at 3:54 AM No comments:

"After Darkness" by Christine Piper 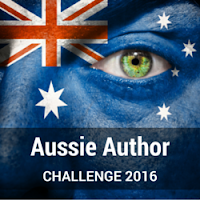 This is the first book I have read as part of the Aussie Author Challenge 2016. I chose to read it as it was given a 5 star recommendation on the Book Lover Book Reviews blog: http://bookloverbookreviews.com/2014/06/book-review-after-darkness-christine-piper.html

This book reminds me in style, quality and similar subject matter/themes to some of Bryce Courtenay's work (but a much shorter book than most of Courtenay's massive novels). I felt a real disappointment and loss when Bryce Courtenay died as the realisation that he wouldn't be writing any more awesome stories for me to read sunk in as I have thoroughly enjoyed and been caught up in many of his books. I'm feeling very impressed and feel a new hope after reading this book that this new Aussie author could potentially take over where Bryce Courtenay left off. I hope Christine Piper becomes as prolific and consistently awesome an author as Courtenay in the years ahead.

This book "After darkness" alternates between 3 locations and times: Early 1930s in Japan, late 1930s in Broome, Western Australia, and during the Second World War in the Loveday internment camp in South Australia. The main character Dr Ibaraki is a reserved, discreet Japanese medical doctor with a background in medical research. He moves to Broome to become head of a small hospital in the Pearl diving community in order to escape some events in his past which are slowly revealed as the novel progresses. He's then arrested and put in a prison camp in Australia during WW2 due to his Japanese background. I didn't know a lot about the prison camps in Australia during the Second World War, so it was a bit of an eye-opener for me to read a novel based on a bit of our history that isn't widely spoken about now. It also highlights the unfortunate timelessness of many of the issues of racial discrimination, conflict of ethics, and loyalty that are faced by many, even if the focus or details change with the decades.